A Land Of Unimaginable Beauty!

Did you know that more people in New York have internet connections than all of the people in Africa combined? It’s just one statistic that gives an insight into how different life is in Africa, but once you’re there a part of you will be glad for it – you won’t want to waste one second of your holiday time looking at a screen.

Whether you’re scanning the surrounding bush for signs of the elusive “Big Five” or watching the waves lapping onto the beach in Cape Town (both of which can be done with a glass of the local Chenin Blanc in hand) the magic of Southern Africa will leave you speechless. Scroll down for our suggestions as to how, and when, you should explore this amazing destination.

It will come as no surprise that Summer in Southern Africa is HOT, and whilst WE all love a bit of Vitamin D, the animals aren’t quite as fond (they don’t have aircon) so they tend to tend to seek out the shade instead. The bush also gets most of its rainfall in Summer, so the foliage is far more dense – all in, the game viewing conditions are far from ideal.

Further South, the Cape battles with a persistent wind during Summer known as the “Cape Doctor” so we recommend visits in the ‘shoulder season’ months around April, plus later in the year in September / October. With fewer visitors you’ll get much better value as well. 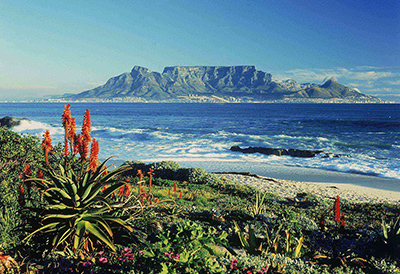 Bush & Beach: What A Combination!

Qantas operates regular direct flights from Sydney into Johannesburg; your landing point in Southern Africa. From there a two-hour connection puts you at the coast or into the heart of the African bush. Whilst the famous Kruger park can be reached in five hours by car we do recommend the private reserves in Botswana’s Okavango delta for the ultimate safari experience; a bit more expensive, but very much worth it, and also closer to Victoria Falls.

The Okavango delta comprises marshlands and seasonally flooded plains. It is an exceptional example of the interaction between climatic, hydrological and biological processes. The Okavango Delta is home to some of the world’s most endangered species of large mammal, such as the cheetah, white rhinoceros, black rhinoceros, African wild dog and lion; it’s the most incredible safari experience. 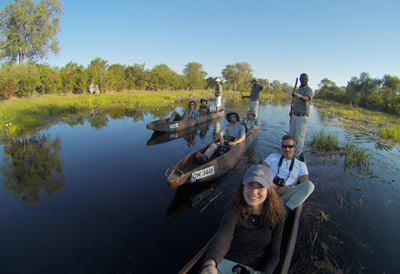 Spanning the width of the Zambezi River – more than a mile across – the legendary Victoria Falls cascades over the lip of a large plateau of volcanic rock and plunges as much as 354 feet. It generate mists that can be spotted from more than a dozen miles away, which is why locals have dubbed it Mosi-oa-Tunya, or “the smoke that thunders.” The local hotels take you back to colonial times – it’s unforgettable. 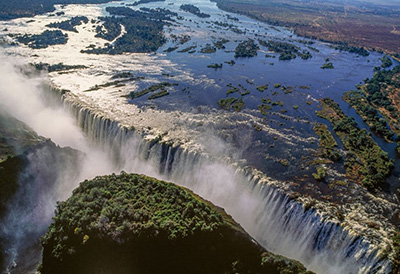 South Africa’s tap water is rated 3rd best in the world in terms of cleanliness and drinking quality, but the Cape offers other more delicious ‘quaffing’ options. After a morning at the beach we recommend visiting a few of the local wineries . Other popular attractions of this stunning area include the famous Table Mountain and the colourful Bo-Kaap World Heritage Site. 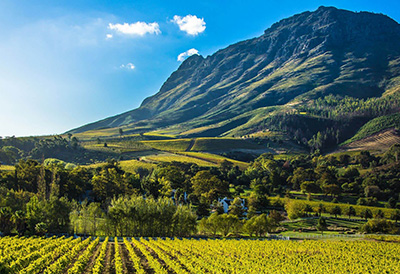 Known adoringly by South African’s as the ” Garden Route ” this 300km region, stretches along the southern coastline, from Mossel Bay in the west to Storms River in the east. It gets its name from the rich, green forests, flowering fynbos, rivers and waterfalls which it contains. Layed out in a linear fashion along the coast, this area is perfect for a road trip! 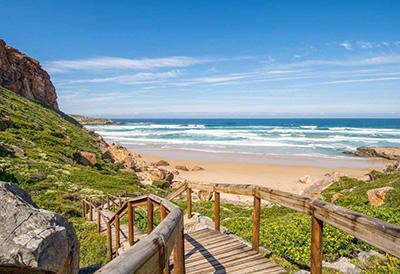 Don’t Leave Before You Try…

Boerewors! It’s a traditional South African sausage made from beef, mixed with either pork or lamb and a mixture of spices. They are traditionally served in a coiled shape, similar to the Cumberland sausage and cooked on a braai (barbecue). The word boerewors comes from the Afrikaans and Dutch words boer (farmer) and wors (sausage) and are usually served in a bread roll to make a uniquely South African hot dog – the “Boerie Roll”.